Rural crime is growing in Saskatchewan. While once it was believed that crime spurred on by drug addiction and unemployment was something that only plagued cities, it has become common to hear of this type of crime hitting farms and other rural areas just as hard. Theft and vandalism have become commonplace all over the province.

One municipality has noticed this upturn in property crime and is starting to look for ways to combat it. The Reeve of RM Garden River, Ryan Scragg, has turned to social media to get his message out and warn his neighbours. In one post, dated January 8th, he told of the latest property crime in his municipality – a neighbour had his security system painted over and a large amount of fuel was stolen from inside his yard. 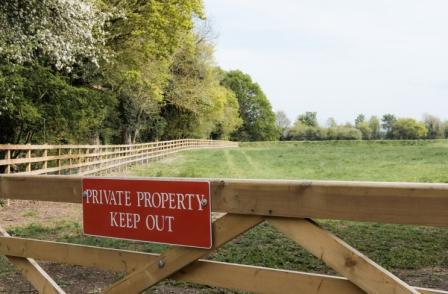 His first suggestion to battle this epidemic is to view the area not as each person’s own property, but as a community as a whole. He calls on the people to get to know their neighbours and to protect their community by communicating with one another. With everyone looking out for everyone else, they can feel safer.

In another post, Scragg wrote about a Crime Watch meeting he attended in Christopher Lake, where an RCMP officer shared advice on how to stop crime in the neighbourhood. The first suggestion was to know your neighbours and contact them if you see anything suspicious.

The second was to install security cameras. The more cameras and the more highly visible they are, the better they can work as a crime deterrent. Many thieves may think twice before stealing from someone with cameras present. Even if they don’t stop the crime, the cameras can provide valuable evidence to catch the criminal.

This is where Scan-Tech Alarm Systems comes in. We can install top-of-the-line security cameras around your property and offer a 24/7 monitoring service that ensures someone is always watching your property, keeping it safe.