Will my large dog trip the motion detectors at home?

The answer really depends on two factors – how big is your large dog and what kind of motion detectors you have installed.

Home security companies have been working to improve their equipment in order to solve this common household problem. People want to ensure that their home is safe and secure, but they don’t want to have to deal with numerous false alarms every time their dog runs across the floor. The standard motion detector will go off at any movement and is very unreliable for pet owners.

Modern motion sensors, especially ones built for use within a home, have been designed to remove as many false alarms as possible. One way they’ve done this is by not registering any movement of something under a certain weight. Anything that weighs under 40 pounds will never set off a standard alarm. 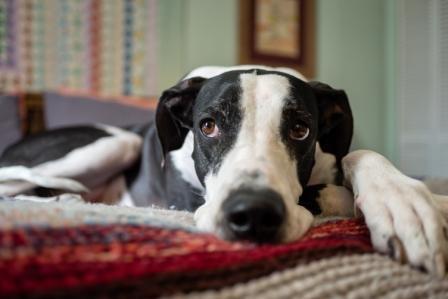 Another way is by installing multiple sensors that communicate with each other to confirm what they’re ‘seeing’. Instead of having the possibility of one alarm going off incorrectly, both alarms have to confirm the intruder before the alarms are sounded.

Installing your sensors in the best possible locations is another way to prevent false alarms. Talking to the staff at Scan Tech is a great way to do so.

An ideal choice would be to install a motion detector that has a higher weight setting. The IS335 Wired PIR Motion Detector from Honeywell has been programmed to ignore movement of objects weighing less than 80 lbs. So only if your large dog is very, very large, will the motion detectors go off.

As home security improves and the systems get better and better, it’s good to know that the days of constant alarms because of an active pet are long gone. If you’re ready to ensure your home safety and keep every member of your family happy, come and talk to us at Scan Tech Alarm Systems and we’ll show you the best way to do it.